Frankie Valli and the Four Seasons told me that "silence is golden".
But when they said this, they weren't talking about awkward silence.  That kind of silence isn't golden.  Unless gold is very awkward.

If you're like me, an awkward silence will make you question your very ability to converse with other human beings, and on a really bad day, your essential value as a human being.

It's not always clear where these oppressive lapses in basic social interaction stem from.
But one thing is certain:  awkward silences are an inevitable part of the human experience.

Over the years, I have studied these mysterious social phenomena intensively, and devised a few helpful do's and don'ts to get through these trying times unscathed.

1. DON'T SHOW YOUR FEAR.
Now is not the time for authenticity.  For this moment, the real 'you' no longer exists. You have been replaced by a confident, irritatingly self-assured robot.  Fake it. 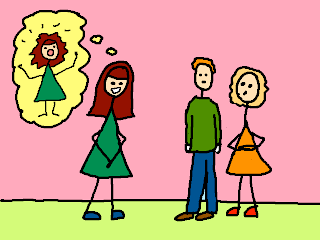 2. DON'T USE FILLERS.
"So..." and "Um..." are strictly banned.  Using a filler is like running in quicksand.  You will only sink deeper.  Keep calm and stay silent until you have a solid escape strategy. 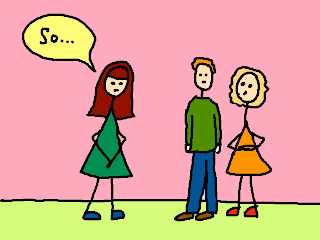 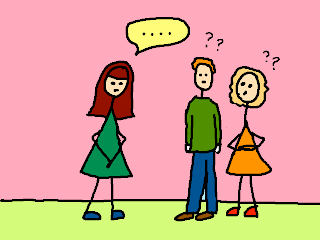 3. DON'T TALK ABOUT THE WEATHER.
It might momentarily alleviate the awkwardness, but something inside of you will most certainly shrivel up and die. 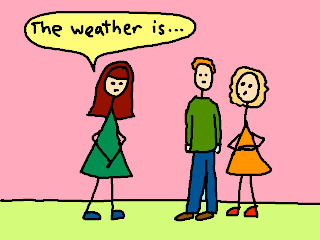 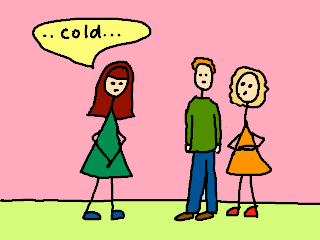 4. DON'T DO THE AWKWARD TURTLE.
Acknowledging the awkwardness of a situation in no way alleviates it.
You will simply look like an awkward person doing strange hand movements in the shape of a turtle. 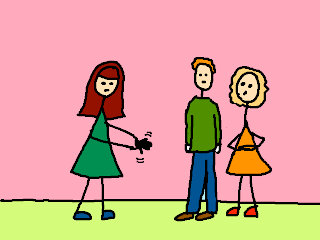 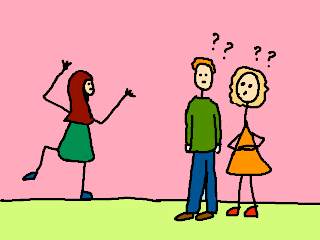 1. BE NICE TO YOURSELF.
Remember that awkward silences do not make you socially inept, they merely make you human.
Always remember it takes two to create an awkward silence - so just smile and inwardly blame the other person. 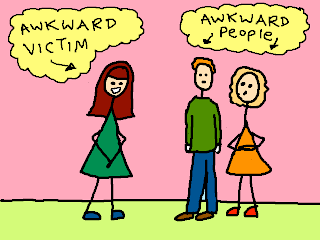 2. OWN THE SILENCE.
Look 'mysterious'.  For all they know, you're deep in thought about a complex existential theory they would never understand. 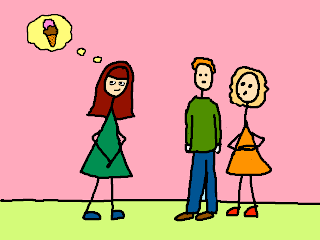 3. GO TO YOUR HAPPY PLACE.
Take refuge in your inner world.  Imagine that the whole room is wearing double denim and dancing to New Kids on the Block.  Doesn't that feel good? 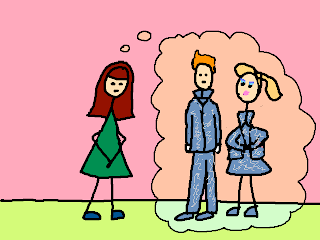 4. WHEN IN DOUBT, PULL OUT.
Getting the heck out of there is not a cop-out.  You'll be doing yourself, and them, a favour.  So politely offer to get the other person a drink, and then exit at a relaxed, leisurely pace. 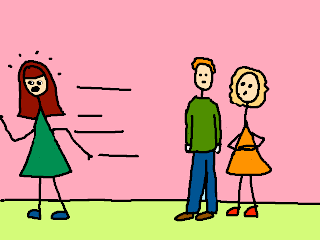 Congratulations!  You have survived the awkward silence!
(Now you can be authentic again).
Posted by anna-grams at 8:15 PM

When I lived "up north" I noticed that when there was a lull in conversation, sometimes in a room of 10 or more people, everyone would just sit with it. At first it was tempting to try and start a new topic, but I soon realised no-one else felt awkward and that silence is ok.

This is very useful! Also, cheap people can substitute "offer to get the other person a drink" with "say you need to go to the toilet". This also means you don't need to come back.

This one time, at a party, when I was talking to someone at the party and we reached a natural-ish lull (I don't think it even reached awkward silence stage at that point), I said that I had to go catch up with someone else (which was entirely true because they were about to leave and they were my ride home), but I felt like I was real nice and genuine about it, and he kinda laughed-slash-scoffed at me, as if to say "yeah, nice excuse, real believable" and I was quite taken aback by it, and only managed to splutter something out like "no, no, really, I do" which probably only made the whole thing worse and I'm not sure now if being honest at the time was the right thing to do and it was just something that stayed with me for a long time. Obviously.

That just shows that he lacks social graces, not you!
Plus he broke rule #5, which I forgot to write: "Don't Be An Egg"